Can you believe February is half over already?  I’m still not mentally prepared for the year 2020 and we are one and one half months into it now!  I know I’m getting older and I was already older than dirt with the possible exception being the plant that committed suicide in my window last week.  It was planted in fresh new dirt and had to be tossed this morning.  Ingrate! I have to admit the air in here is dry but the humidifier has been running full force long enough for my alligator skin to look fresh.  Sigh!  Gone from the plant lady with the green thumb to plant suicide lady in just a few days!  And theoretically, the year has just begun!

Now I need a lot of luck here.  I began this post 13 hours ago, lost it by hitting a button of some kind, found it and tried again 10 hours ago, lost again, and now let’s see if the third time is really the charmed one.  I found it again and thank God for drafts!  Oh no, it just went away again but came back.  The draft I’m thankful for is the one WP saves to the site, not necessarily the one that is coming thru my walls and windows at the moment.  I have too many of that kind and they just make me very, very cold most of the time.  I have a problem with being cold anyway, so the drafts coming thru the walls aren’t exactly the welcome type.  I must have thin blood or something like that, but then I’ve had this almost all my life.  Some of my earliest memories are standing on the heat register as often as I could find one that my sibs weren’t hoarding.  Needless to say here, the kind of heat we had back in the day didn’t do much to warm the house — or maybe it just wasn’t turned up enough for us.  Mom was always extremely hot natured so it had to be kept comfortable for her.

Okay, a few more thoughts.  Hmmm, maybe not.  I had several this morning when I was awake and moving around before the rest of the world knew whether it was still intact or not.  Guess it still is in most places.  Not sure how long that will last though.  I really think the world leaders should take my advice about all this fighting and bombing that’s going on.  Let the leaders do the fighting and leave our young people home to grow up and have the chance to be as crazy as most of our honorable (?) leaders are!  They can choose their weapons from every weapon of personal injury known since time began EXCEPT FOR the nuclear, atomic, and other weapons of mass destruction.  Personal destruction only!  Then give them a place for the carnage where the rest of us won’t ever have to see, hear of smell any of it and let ’em fight it out.  Maybe send all of the leaders to the field of shame so we can all start over where the leadership of the participating countries is concerned.  Simple, huh?  They get the fighting they all seem to want and the rest of us get to elect newer, saner leaders.  Nice if we could choose the voters, but that isn’t the democratic way of doing it.  Oh, I guess I’m dreaming again.

Speaking of dreaming, my older son visited yesterday.  I guess I crashed before he got here because I woke during the afternoon following a nice, restful nap, glanced at the clock and wondered what time they would arrive, since they are in the Eastern time zone, therefore an hour ahead.  Didn’t have to wonder very long though before the knock on the door and my daughter-in-love cautiously peeping around the door as she opened it.  It seems they had arrived earlier and couldn’t wake me, went out for a coke and came back to see if I would wake up for them that time.  It was a great visit after I heard the whole bit about my snoring!

The first time I “crashed” like this was while eating a sandwich for lunch.  A friend was here at the time and she told me I had it almost to my mouth when suddenly I just crashed!  sound asleep sitting there with that silly sandwich slowly coming to rest on my shirt.  I have insomnia, you see, and after long stretches of no sleep at all it catches up at the most inconvenient times.  Not so bad if I’m alone but not so good if someone is visiting at the time.  It is very inconvenient at the time and I’m sure some of them have wondered about it.  Haven’t found any way to avoid it yet.  tried getting up and walking around once but woke up on the floor later with a headache and bruised noggin, so that didn’t prevent anything at all.  But the good part is that I always wake up refreshed after the initial nap, provided of course that no one wakes me while I’m sleeping.

Gina was here on Saturday and I stayed awake for her visit.  Had my nap before she arrived so I didn’t need another one yet.  She and her youngest got to see it happen a couple years ago though, so Mike is the only one now who hasn’t seen me fall asleep on everyone,  I’m afraid to show him.  He might try it also.   He seems to try to copy all of my injuries.  Broke my left foot one night sliding off the sidewalk when I wanted a Milky Way candy bar immediately and had to go to WalMart to get one.  Ended up in the hospital getting a cast instead.  So a couple years later Mike slid off his front step and broke his left foot.  I really know he loves me without his trying to empathize by copying my injuries.

Let’s see if I can find more photos for you.  Probably of the dolls since I haven’t taken them of anything else lately. 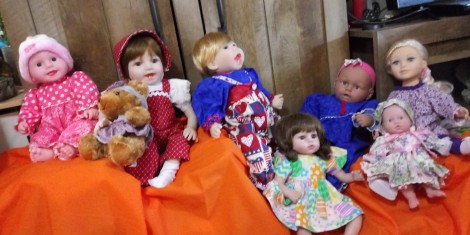 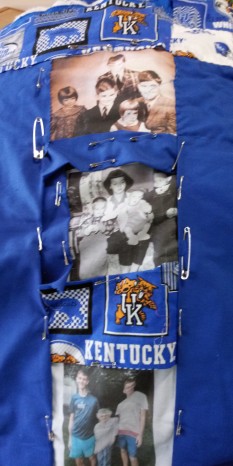 3.2.1. Quote Me Almost Back A Near Miss So Far A New Day And Hope Another Day Another Opportunity ANOTHER DAY IN THE LIFE A Pain in the B**t A Sky Full Of Angels A Story About Love A Strange Place For Those. A Study In Frustration Again Awards (1) Back Again Brain Freeze Can't Think Of A Snappy Tital Frustration I've Gone And Done It Again If We Don't Visit Again Just a few words Looks Like I Did It Again Mem'ries Light the Corner, Blah OH, NO! Oh The Sun Is Shining On This Old Kentucky Home Pearl Harbor Day Pretty Boxes a Pretty Boxes and Other Nonsense Shopped Til I Almost Dropped The Sunshine Award, Part I The Sunshine Award, Part II Uncategorized
Join 187 other followers
Loading Comments...